“So, Erik, where are you from?” … “Iowa” was the answer from the tall American whom I had just met over a chicken-and-nshima lunch at Ndola Baptist Church. It was the first day of the Pastor’s Conference during Impact Ndola 2015. “Do you happen to know anything about Dordt College?” I asked. Kyle Preston – an engineer from Houston – and I had just met with Moffat earlier that morning to discuss the feasibility of developing a School of Engineering at Northrise. Moffat asked us to put together an advisory committee, including a couple more engineers, to look into what it would take. I immediately thought of Dordt College in Iowa, since they were already involved with Northrise’s agricultural projects, and I knew that they had an established engineering department. So that’s what prompted me to ask the question about Dordt; but never could I have anticipated Erik’s answer: “Yes… I’m the president.” Later, as we talked about my interest in engineering education from an earlier time in my career, came another surprise, “Would you consider teaching engineering at Dordt?”

It was not an uncomplicated or easy path from that conversation and 32 years of engineering practice in California to where I find myself now – most of the way through my first year of teaching at Dordt College in Sioux Center, Iowa. But the Lord has a marvelous way of working His heart into us, making our paths straight, and giving us courage and strength to follow where He leads. It is now my privilege and pleasure to be teaching undergraduate engineering students in Iowa and, simultaneously, to be working alongside Kyle Preston and a small team of Northrise supporters to form an engineering school at Northrise. The synergy between Dordt Engineering and the Northrise Engineering project is exciting. Among other things, some of my colleagues here were part of the early days of engineering at Dordt, which gives them first-hand experience with the practical realities involved in this kind of an undertaking. There is also the down-in-the-details involvement: the engineering department chair, Justin Vander Werff, and I have been meeting regularly with Luther and Kanema, the engineering students from Northrise, to guide them through Dordt’s engineering curriculum. And of course we all have Luther and Kanema as students in the classes that we teach.

What a gracious gift God gives us: both to be His workmanship and to take part in His work as He grows His kingdom in us and in the world around us! 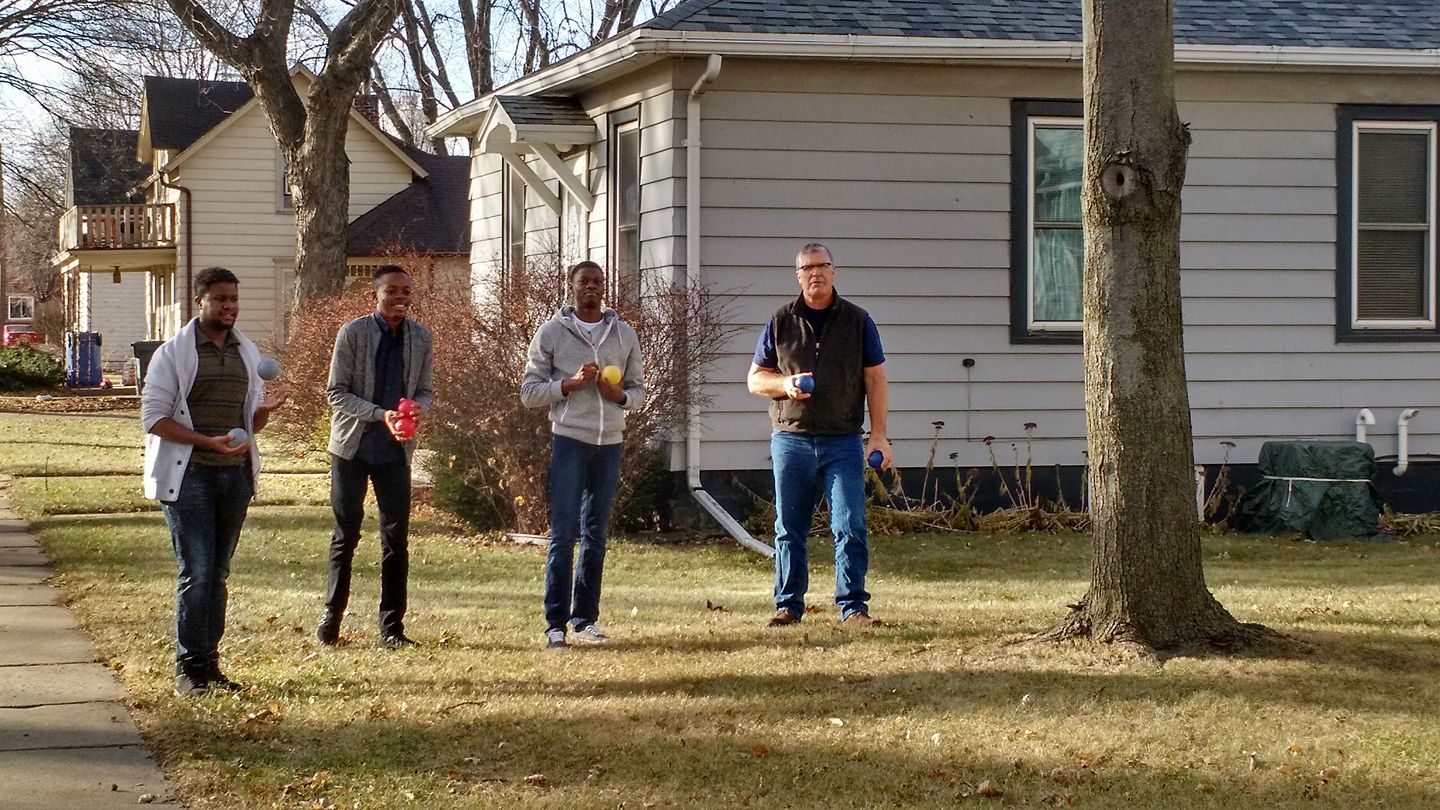