Monday, Day Three, a full and glorious day for the Impact Ndola 2013 team, was our last day of preparation for our ministries here which all start on Tuesday.

Our day began with chapel in Caravelle House led by Mark Shackleford, youth pastor of Kindred Community Church. He brought 16 students from his youth group along with seven adults to Zambia this year. Their 16-hour flight to Dubai, a night there, then a flight to Lusaka, and a five hour bus ride got them to Ndola late Saturday night. Matt challenged the group to prepare our hearts for gospel ministry this week using John 3 and the life of John the Baptist.

He challenged us to first know our calling, them to know our limits and finally, to know our Savior. We will find ourselves in impossible situations this week, but the Lord delights in using our weakness.

After chapel the team headed out by bus to the Northrise campus and Northrise Farms where we had a tour of what God has done there on the 640 acres of land that was given to Northrise by the city of Ndola. Our tour was led by farm manager Norah Hamoonga. We first stopped where the bananas were grown and learned from farm supervisor Gilbert Musanda of the process used to plant, grow, harvest Northrise bananas which Moffat calls “the sweetest bananas in the world. We all got to eat at least two at the end of the tour and Moffat was definitely right!.

From there we all gathered on the Hill of Grace, an abandoned termite mound with a cross on the top which dominated the whole area and is s symbol of what God has done here on the property for a group photo of the Impact Ndola Team including many Northrise students who had joined us. 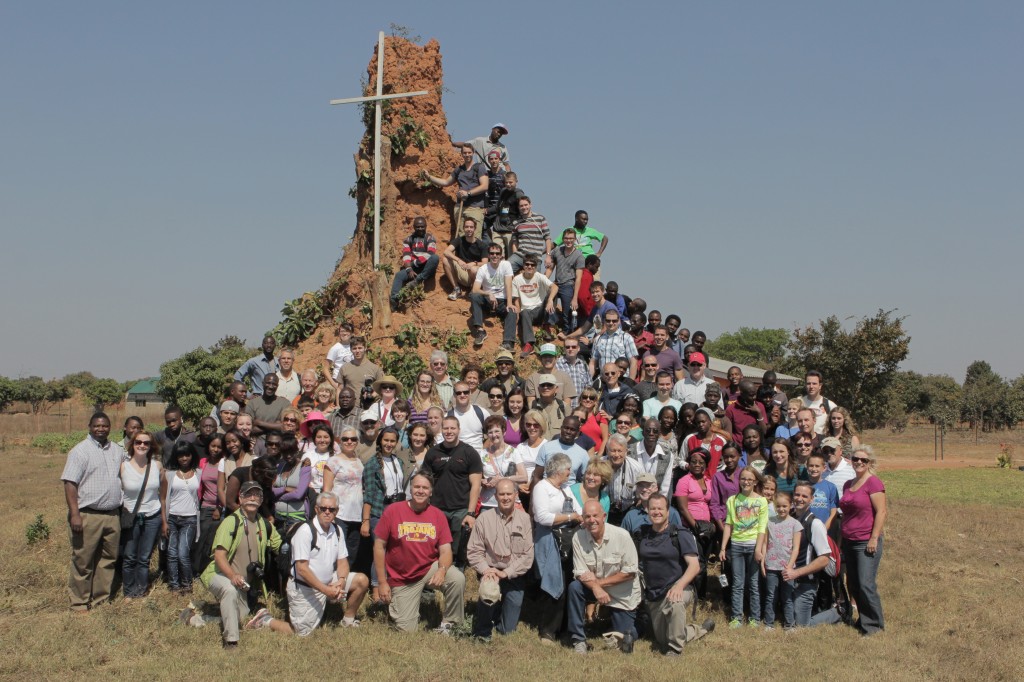 Next on the farm Norah explained to us  of the process used to raise, process, and prepare for market Northrise Chickens. Another one of the significant income sources of the farm

From there we moved to the campus and saw the NUCare Clinic, the dorms, and finally Kahula House and heard of the critical need to build the campus infrastructure and complete the Administrative center on the heart of the campus. We then headed back to Caravelle house for a quick lunch as we were running a little behind schedule.

After lunch we headed out to visit the three schools where we would be putting on Vacation Bible Schools, all of which have close ties to Northrise – Mapalo School, Mackenzie,  and Arising Life Ministries.

After a bumpy and dusty ride on our large coaches through the Mapalo area we arrived at the Mapalo Academy and were warmly greeted by Emil Mukuka the school’s founder and former Northrise graduate. The school currently has over 300 students up to grade seven.  We toured a classroom, their dining facility and even saw them making concrete blocks which they sell to raise money for the operation of the school.

Next we made our way to Mackenzie School another VBS site. When we arrived we were welcomed by close to 50 students singing.

Our final stop of the day was to Arising Life Ministries founded by Joyce Chimbila, another graduate of Northrise University who felt the call the start this ministry which currently serves 80 students. Her dream is to continue to grow and build a school and children’s home on their own site.

After leaving we Arising Life we headed back to Caravelle House, exhausted but blessed to see what God had done and is doing  here in Ndola. We are all looking forward to how God will use us tomorrow.