IN17 Training and Discipleship

Home / Blog / IN17 Training and Discipleship

While the ministry events of Impact Ndola take place simultaneously at different locations throughout the city of Ndola and surrounding neighborhood villages they intersect in significant ways.

Poverty of leadership in Mushili

Mushili township where Arising Life Minstries, a school founded by a Northrise graduate, operates, is located is in the southern part of Ndola. ALMs primarily serves vulnerable children in the community, a community that faces significant challenges:

According to one of the caregivers at ALMs, Mr. Ronnie Chikwanda Chimbila, the biggest challenges relate to the abuse of illicit substances, especially alcohol, by the community members. This links directly to high rates of unemployment in the community.

HIV is another problem the community faces, as noted by Mr Chimbila. Because of HIV, the majority of the children ALMs serves, is either growing up in single parent homes or double orphaned and being raised by grandparents.

Erratic water supply and inadequate sanitation services in the area are another challenge. As well as lacking a general mindset among community members towards keeping their surroundings clean.

Chisompola Champalama, a Northrise University student who was once a pupil at a primary school in the area and has volunteered within the area, noted unplanned pregnancies, fathers not taking responsibility for their families, and general disintegration of the family unit as challenges the community faces.

The intersection: Mens and Womens Conferences

When taken together it appears that the one of the biggest challenge in this community is the absence of men performing their roles as fathers and leaders as God intended. “Men need to be men. They need to reject passivity, accept responsibility, lead courageously; expecting mighty things from God,” says Brandon Arneson, a member of the NUI Board of Directors.

While Impact Ndola volunteers are loving on these children at Arising Life Ministries, volunteers are across town at Ndola Baptist Church hosting a discipleship conference for men.  Pastors Scott Savage and Wayne Griswold taught about 12 sessions on Christian discipleship and pastoral leadership. Challenging the men of Ndola to lead their communities in the way of Christ.

Furthermore, on the other side of town at the Northrise University Main Campus, women gather for a conference as well.  Guest speakers Jan Cookson, Angie O’Neal, and Debbie Stroupe took the week to challenge the women of Ndola to serve the One true God and to put no other gods before Him.

Men and women both being challenged, encouraged, and empowered to transform their communities in the name of Jesus. Beginning within their own selves then sharing and discipling others.

This is how a nation is changed. 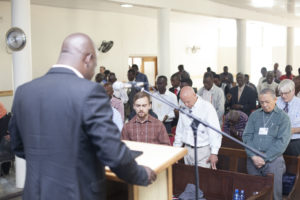 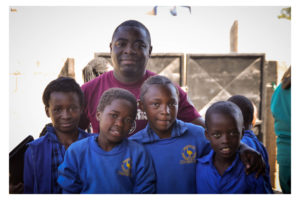 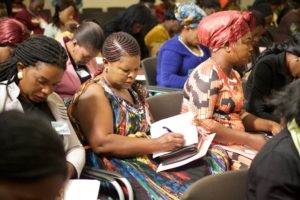 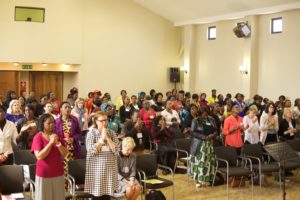 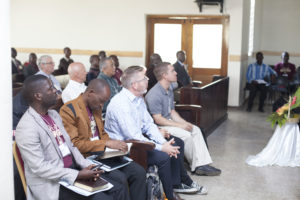 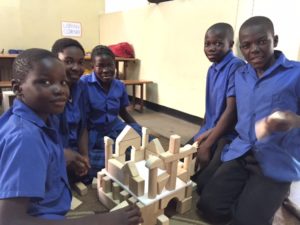